Here’s an example of a picture I recently converted to black and white. 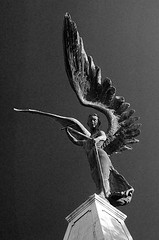 Most image editors allow you to convert to black and white by selecting the de-saturate command. It’s quick but it results in pictures with very low contrast and not much impact, like the example below. 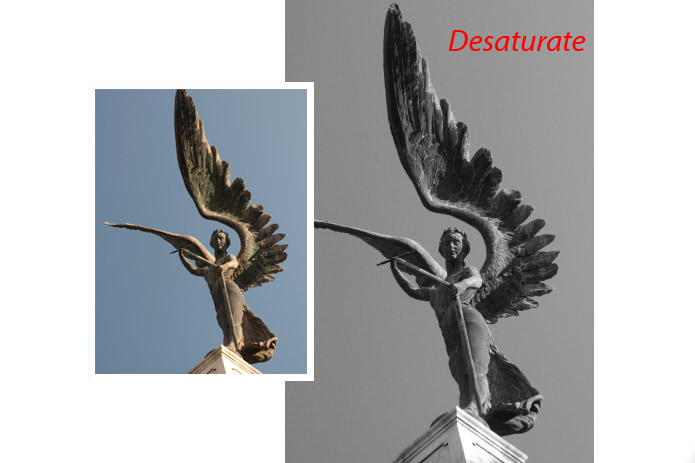 The exact method you choose to convert to black and white depends on your personal taste and the software that you have available. What you’re looking to do is find your software’s facility for adjusting the individual colours in the image, as you make the conversion.

Many image editors offer a facility like this including the following:

The example I give here refers to Photoshop’s black and white conversion tool, but the same principles apply to any similar tool. You basically open the picture you want to convert and fire up whatever conversion tool you’re going to use. 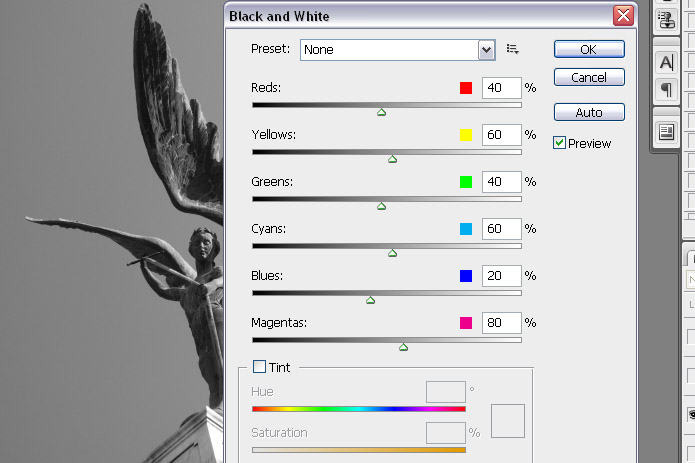 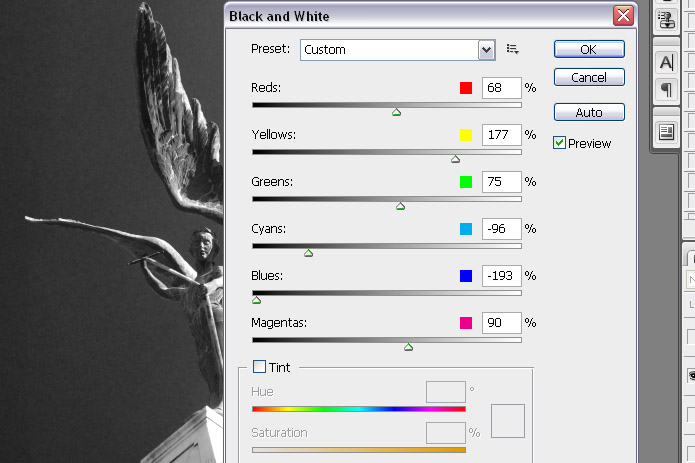 Look what happens when you move the blue and cyan sliders to the left, darkening those areas. 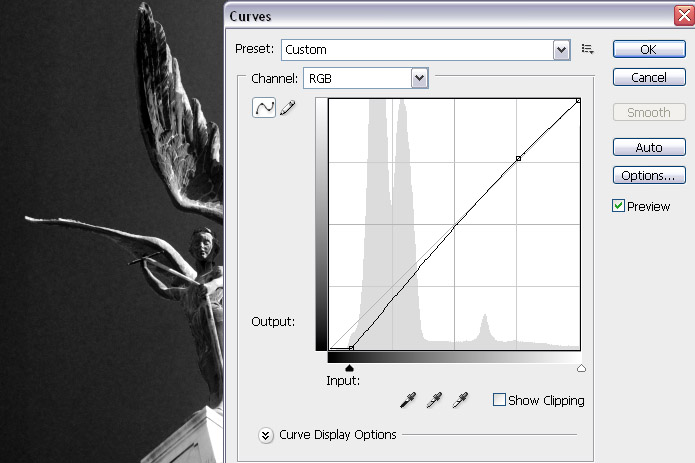 The actual black and white conversion process usually gets you most of the way with improving the contract in the picture. I like lots of contrast so I usually run a curves adjustment in addition to the conversion. 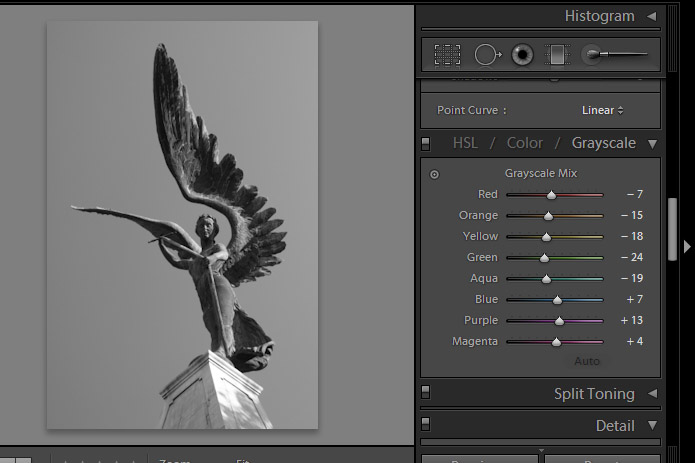 The HSL/Colour/Grayscale panel in Lightroom showing that, although the look is different, you still get the same colour sliders.

The other benefit of adjusting the brightness of the colours in an image you’re converting to black and white, is that it helps to visually separate the elements in a picture. It’s easy see the differences between areas of colour but in black and white, when colours are of a similar brightness, you have a problem.

The red and green areas of an apple, for example, might be represented by the same shade of grey, making your fruit look pretty flat. In the days of black and white film, they put coloured filters over their lenses to make certain colours brighter or darker on the film. You could make the leaves in a tree lighter (with a green filter) so that your subject’s dark hair would stand out more clearly against that background, for example. Another common practice was to use a deep red filter to darken the blues in a picture, giving you skies so dark they were almost black.

You can do all that, and much more, digitally. The creative possibilities are endless and experimenting with the colour brightness (Luminance) sliders, as you convert to black and white, will pay you huge dividends.