Some time in the dim and distant past, I came across an outfit called OptikVerve Labs, who produced the brilliant free virtualPhotographer plug-in for Photoshop, and other compatible image editors, which you could use to apply special effects to your pictures.

I had kind of lost touch with them and the other day, just on the offchance, I swung by their website to see if anything new was happening.
They are indeed still in business, and producing an updated version of virtualPhotographer and a totally new (at least in my experience) free program called virtualStudio.

This is described in the blurb as a standalone full-featured photo editor and it cab be used  can be used for a whole range of tasks including some that are usually only available in quite expensive high-end software. It is also able to run the virtualPhotographer plug-in which allows users, who don’t have any of the compatible image editing programs, to use those filters.

virtualStudio has a number of auto settings which can be applied to automatically correct the brightness and contrast and colour balance of pictures, but I honestly wouldn’t recommend their use.  Instead, you’ve got a range of manual adjustments including shadows and highlights, colour temperature, hue and saturation, and curves. These four adjustments are not that common in low-end image manipulation programs and the virtualStudio developers deserve a pat on the back for including them.

The program is very easy to use but, I must confess, I found it a little bit limited for my purposes because it really only allows you to work on one picture at a time and it has no facility for compositing, or combining a number of pictures into one. It can be used to add frames and coloured mattes to pictures, but does not allow you to add much more text than a title and copyright notice.

Another problem that more advanced photographers will encounter is that it can’t read most RAW files , including my Canon CRW, CR2 and Nikon NEF files. In fact, I found that the program won’t even display JPEG files stored in the same folder as RAW files.

Where virtualStudio really shines, however, is in the fact that it can run the virtualPhotographer plug-in and, thus, give you an almost unlimited selection of special effects. There are more than 50 colour options and even more monochrome ones.  Many look very good indeed and, although the effects could be achieved in a decent image editor, applying them with one click of a button in virtualPhotographer is far, far easier. 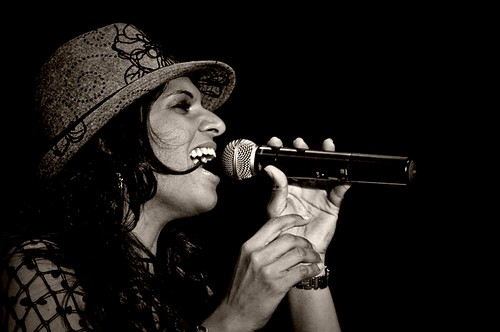 And the story doesn’t end there because, not only do you get the in-built presets, but each of these can be customised almost infinitely to your own liking.  Applying a filter to a picture in a virtualPhotographer is easy and involves picking a preset you like from the list, and customising it in the Film and Style tabs of the dialogue box.

You have the option of a number of different film types, film speeds, grain types, and photographic styles, where you can select from warm looks, cool looks, or whatever. The possibilities are almost endless and, as I have recently realised, anything which can save you time when processing pictures is most welcome.

For my own purposes, I would say that virtualStudio is probably not a good option but many people would find it very useful.  virtualPhotographer on the other hand, promises to be most useful to me, when used in conjunction with my usual image editing program.