I’ve been thinking quite a bit about where creativity comes from and strategies that might encourage its appearance. What brought on all this instrospection was a visit a whole troupe of us photographers paid to the Shongweni nature reserve last week. Having had enough of wildlife, see post here, many of us concentrated on the dam wall itself, and some disused buildings in the area.

I took quite a few pictures including the two you see below: 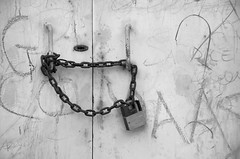 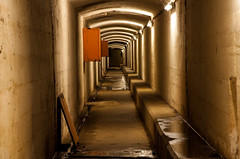 One of the photographers along on that occasion was the famous Africa Dave and it so turned out that he took what were essentially the same two pictures, but put them together in a highly imaginative and creative way: 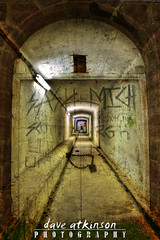 I was frankly stunned by his picture and have since come to the conclusion that he went about creating his pictures in the proper way, and that I did not. I was on auto-pilot and took the same pictures as everyone else. He, on the other hand, knew that others would likely have the same sort of pictures, and so he put his own slant on things.

My education at Dave’s hands was not complete, however. On the far side of the dam wall, there was an abandoned building, which may have been an old pump room, or something. When it got pitch dark, I put away my camera and started thinking about my next meal; he didn’t: 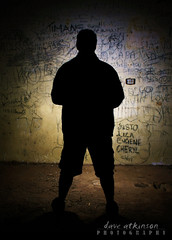 All in all, I learnt a lot from the trip to the dam, and that’s why I like to go on what we now call photo walks. Sharing pictures afterwards helps enormously and, even if you aren’t happy with what you did, you can’t help but improve when inspired by others.

2 thoughts on “Doorway to Infinity”