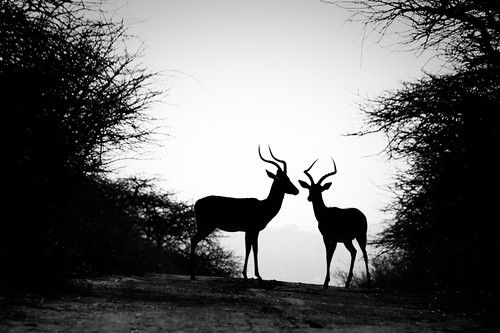 I live in South Africa which has many game reserves, including the Kruger National Park, and many more excellent ones in the adjacent countries. I have grown up in camera clubs where I have seen many top-class wildlife pictures and, it must be said, a lot of dreck along the way. And yet it has never grabbed me, and I think I have only ever taken one animal picture that I liked.

So it was with a sense of foreboding that I noticed that it was time for our club’s annual wildlife outing, which took place last weekend. This time, we chose to go to Tala game reserve, which is literally only about 40 minutes drive away. They have a wide selection of game but no big cats, and only some hippo to keep a wary eye out for.

I was teamed-up with Vanessa, a fellow pretty-much-uninterested-in-wildlife photographer.  She has blogged about our experiences so there’s not much point in my going into all the details. That there were two wildlife ignoramuses in the car meant that our species identification was highly suspect, at the very least.

I was amazed, however, to find that I did enjoy myself but I haven’t suddenly had the urge to get a longer lens and go back into the bush. Next year will be soon enough…  😉