I began to think that I needed another lens and, after agonising over the choices available for months, I finally placed my order for a Tamron SP AF 28-75mm F/2.8 XR Di lens, and it arrived last week. 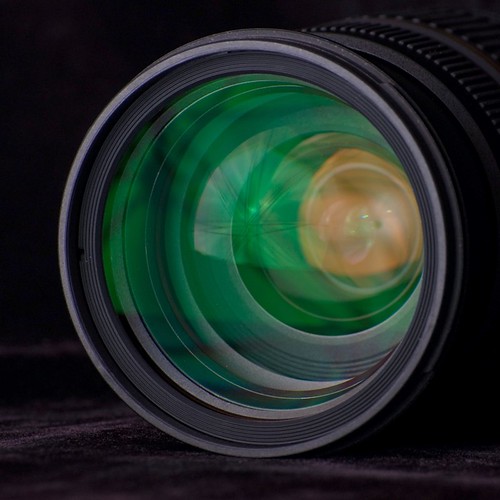 A 28-75mm is not a conventional choice for a camera with a DX sensor because you’re getting something that behaves like a 42mm-112mm on a full frame camera. On a 35mm film camera, or full-frame digital, a zoom which ranges from a wide 28mm to a moderate 75mm telephoto, would make a superb general purpose lens. On a digital camera, such as mine, with a crop sensor, the lack of a wide angle of view makes it unsuitable as a general lens.

‘Mad as a hatter!’ You’re probably thinking to yourself. ‘The boy will be changing lenses all the time. He should have gone for 18-200mm with vibration reduction, and never had to change his lens again.’

Indeed, a 28-75mm lens is not the usual choice for a crop-sensor digital camera, but what I wanted was a lens that could shoot people in low light. I wanted a zoom lens with a whacking big hole through the middle to let in lots of light. A lens with a maximum aperture of F/2.8, in fact.

Given the funds, I would have chosen the Nikkor 80-200mm F/2.8 lens but this is a recession, and I was going to have to choose between a Nikkor prime lens (35mm, 50mm or 85mm) or a zoom lens from an independent manufacturer. The Tamron has a F/2.8 maxium aperture, it has had very good reviews and, on a crop-sensor camera, covers the range that most photographers would choose for portrait work; ie., anywhere from 50mm to 100mm. Remember that the Tamron offers the equivalent of about 42mm-112mm.

An ideal portrait lens in fact, and, for about $400, it was only going to put strain on my bank account, not break it.

So what’s the big deal with an F2.8 lens?? Well, its what’s known in the trade as ‘fast glass’, meaning that it has a bigger hole through its middle than is the norm for cheaper (slow) lenses. This effectively means that:

Fast glass is more expensive and, based on the principle that you usually get what you pay for, the lenses are generally better constructed and better optically.

The manufacturers know that lenses with smaller apertures are problematic in low light and tend to give you blurry pictures. This is because they don’t let in enough to light to give you a fast enough shutter speed when the light drops.

The answer they have come up with is image stabilisation, or vibration reduction, which allows you to get get sharp pictures even when shooting at slow shutter speeds. The systems work like a bomb providing that whatever you’re shooting remains still.

If the subject moves while the shutter is open, however, the picture will still be blurry, no matter how steady the camera is. And that’s where fast glass comes in; a faster shutter speed…

I used the Tamron in action last weekend, and I found that my hit rate went up instantly because, instead of shooting at a 30th of second, for example, I was able to shoot at a 125th, and got more unblurred pictures as a result.