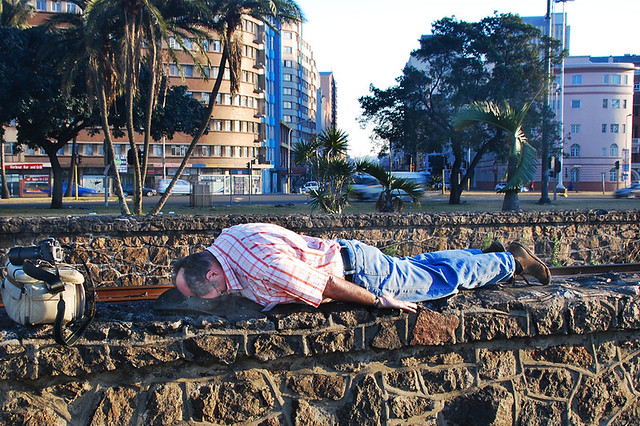 I have been on the Internet for a long time and have used it time out of number as source of information and entertainment.

I never quite got the social networking aspect of it until fairly recently. The light began to dawn when I started to play an active role on photo sharing website Flickr.com.

I had been a member of Flickr for quite some time and was using it to display some of my photographs but hadn’t taken it much further than that. Things changed when I managed to persuade some fellow members of Hillcrest Camera Club to get Flickr accounts and we soon began sharing pictures online.

The system is cleverly set up to display new pictures, which have been uploaded by your contacts, on your home page and I found that wasn’t at all long before Flickr was my first stop on the Internet each morning, and quite often, the last one at night.

It is very interesting, after having gone on a photo outing, to get back home and then, over the next couple of days, to begin to see the pictures taken by other members of the club appearing in our Flickr group. The next thing we discovered was that there was another group on Flickr, called the Durban Flickr Meet Up, who were about to have an outing of their own to the beachfront.

A number of Hillcrest members went along on that outing, had a wonderful time and, instantly, our circle of local photographers expanded. We have since been on a joint outing to the Moses Mabhida Stadium, and there are many more in the pipeline.

I then got to hear of local photo magazine Pix’s website which also allows you to network with other like-minded photographers. It turned out that they also had a Durban and KZN Group, who were just getting organised, and about to start organising their own photo outings.

The social highlight, so far, was last weekend’s Scott Kelby Worldwide Photowalk on 18 July, when over 30,000 photographers in many cities around the world went on a Photowalk. There were 50 Durban photographers and we had a very successful walk, starting at dawn, from Wilson’s Wharf to the Bat Centre, and back.

For security reasons, the SAPS weren’t keen to see us photographers busily recording views around the bay but they soon threw their hands up in despair when confronted with the impossibility of controlling 50 leather-stetsoned people out having fun. We should have had some I-AM-NOT-A-TERRORIST signs but, as it was, I have had my picture taken playing the Lying Down Game (see here), which is gaining popularity all over the Internet.

Social networking is working for me so far and I’d recommend it. As with most things in life, however, one does have to be a bit careful about what one gets up to.

If you are a teenage girl, for example, it would most likely be unwise to run away to South America with someone you meet on the Internet. This person doesn’t love you and you will end up working in bordello, wherever you happen to end up.

I’ve even been doing a bit of Facebooking lately, but I must confess that one thing I still don’t get is micro-blogging site Twitter, and I doubt if I ever will. It’s probably a bit like Tom Waits music in that regard; not a taste I’m likely to acquire.